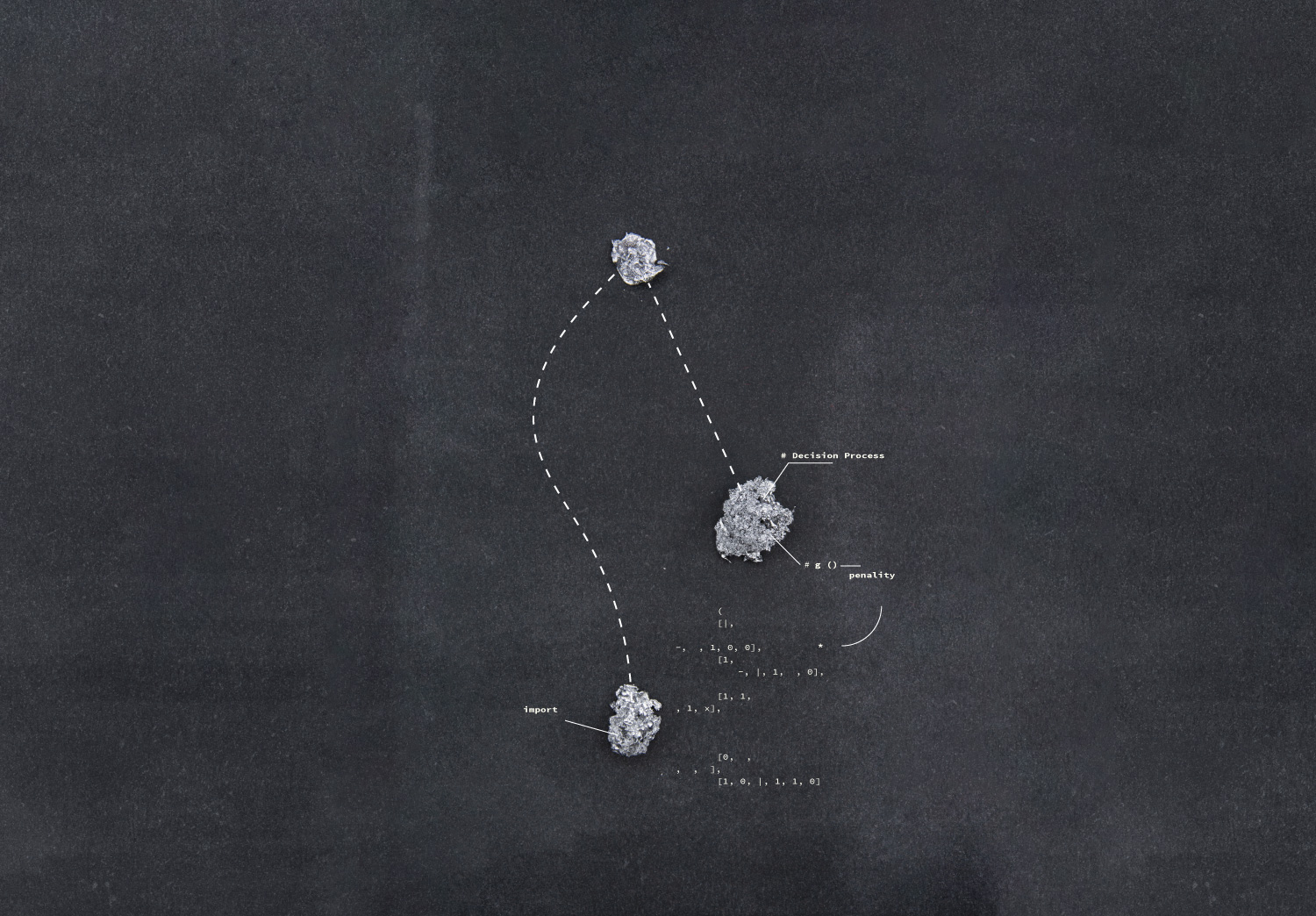 Divination is a widespread cultural practice that takes varied forms in various cultural settings. It is the effort to gain information of a mundane sort by means conceived of as transcending the mundane.

Oracle is a reflection on the relationship between artificial intelligence and ancestral rites, technology and magic, on man's innate need to find order in the network of complex systems, to define connections, to bring out predictive patterns.

The divination of molten metals was one of the various mantic arts in use in antiquity, consisting of melting a small quantity of metal - mainly lead, but also tin or zinc - in a crucible and pouring it into a basin filled with water. The shape taken by the metal was interpreted to predict the future. The ambiguous, chaotic, fractal configuration assumed by matter opens the horizon to the magical dimension: an amorphous image requires to be modified, interpreted, animated, transformed into meaningful structures and therefore transferred into a universe of meaning. The apophenic and divinatory exercise was reserved to the oracles, charismatic and powerful figures that through predictions and prophecies oriented political choices as well as individual ones.

Currently, those who possess the data, the algorithms and the computational power to organize and process them embody the figure of "digital soothsayer" (Vespignani, 2019) of our era. In the same way as the ancients they are the focus of political and economic interests, they are feared or adored. Algorithms are everywhere, their use ranges from the dimension of the individual to the global scale: we use them as elements of "technical magic" (Finn, 2018) to which we rely on a daily basis to decide which movie to see, which book to read or with which person to start a dating, or we question them to predict the success of a book, the spread of a virus, the consequences of an ecological disaster, the outcome of elections.

Neural networks learning processes and what happens in the maze of Deep Learning is often shrouded in mystery, A.I. outputs spring from veritable black boxes that scientists try to interpret in order to unravel the complex network of self-generated associations. A new 'theology of computation' (Ian Bogost, 2015) is advancing, which sees code as a set of magical symbols, a bridge between the visible and the invisible, a new fetish for programmers and developers. Once again it is our ancestral apophenia that leads us to scrutinise the meanders of neural networks in an attempt to bring out meaningful structures, the same that guided the soothsayer in interpreting the unpredictable aggregations of metal. 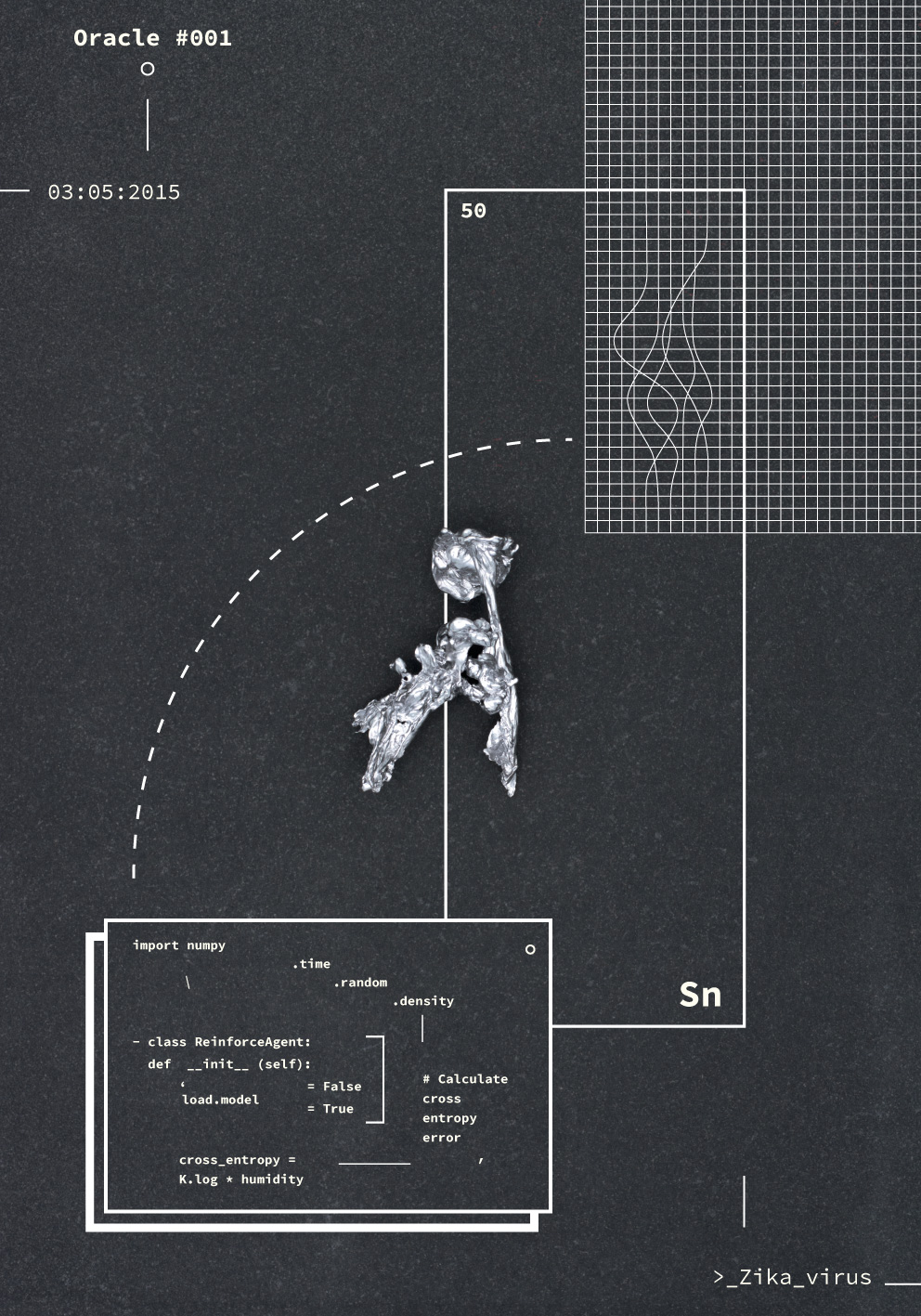 In contemporary hybrid societies, where the products of technology pervade and condition our lives, is there still room for a magical and divinatory dimension? Are there oracles to call upon? Do we still need to rely on an entity to define our choices? 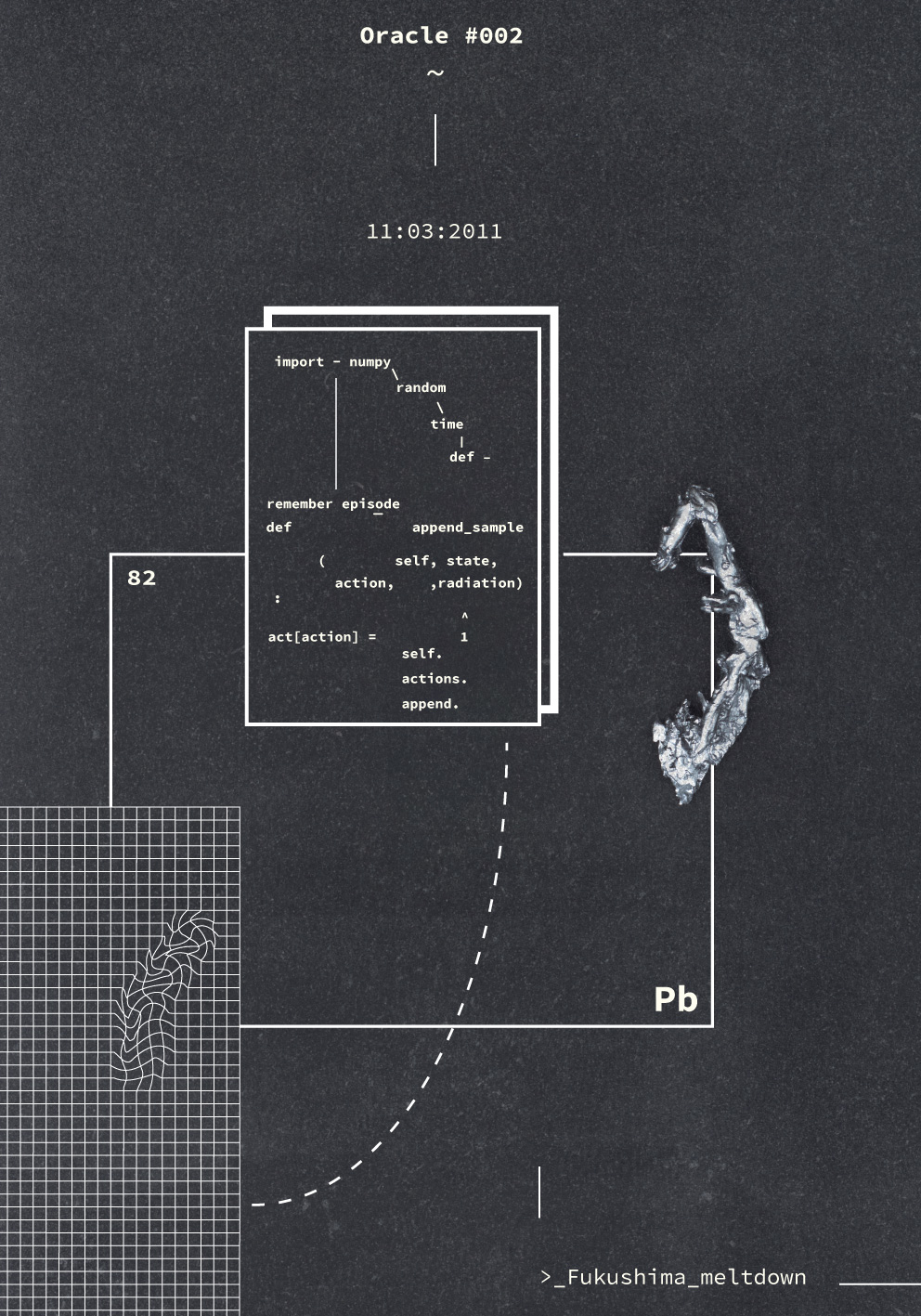 Our supposedly algorithmic culture is not a material phenomenon so much as a devotional one, a supplication made to the computers people have allowed to replace gods in their minds, even as they simultaneously claim that science has made us impervious to religion.Ian Bogost 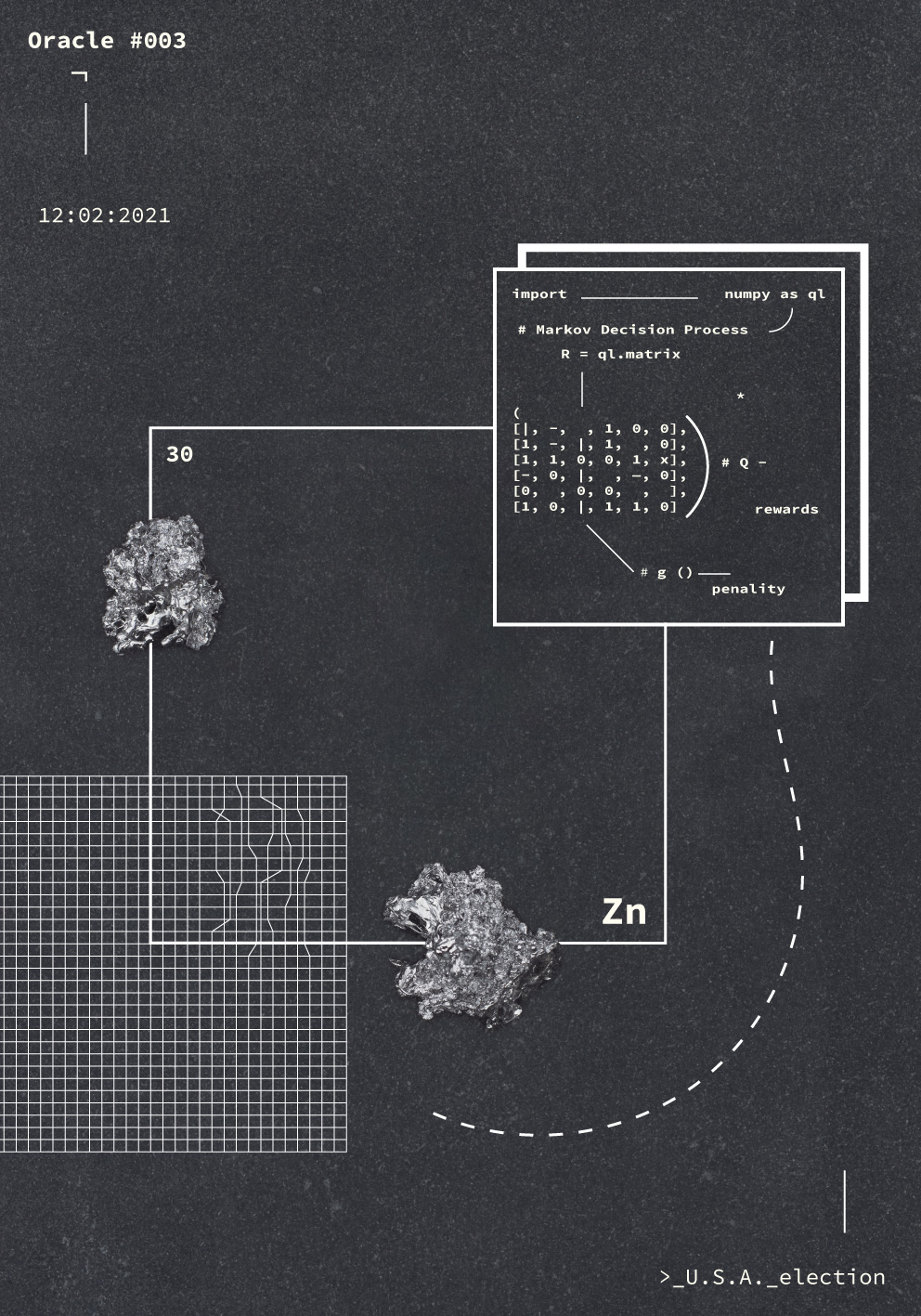